After two very successful underwater cleanups on Hawai’i (the Big Island), I headed over to Oahu to do one more project before I headed back to California for Thanksgiving. 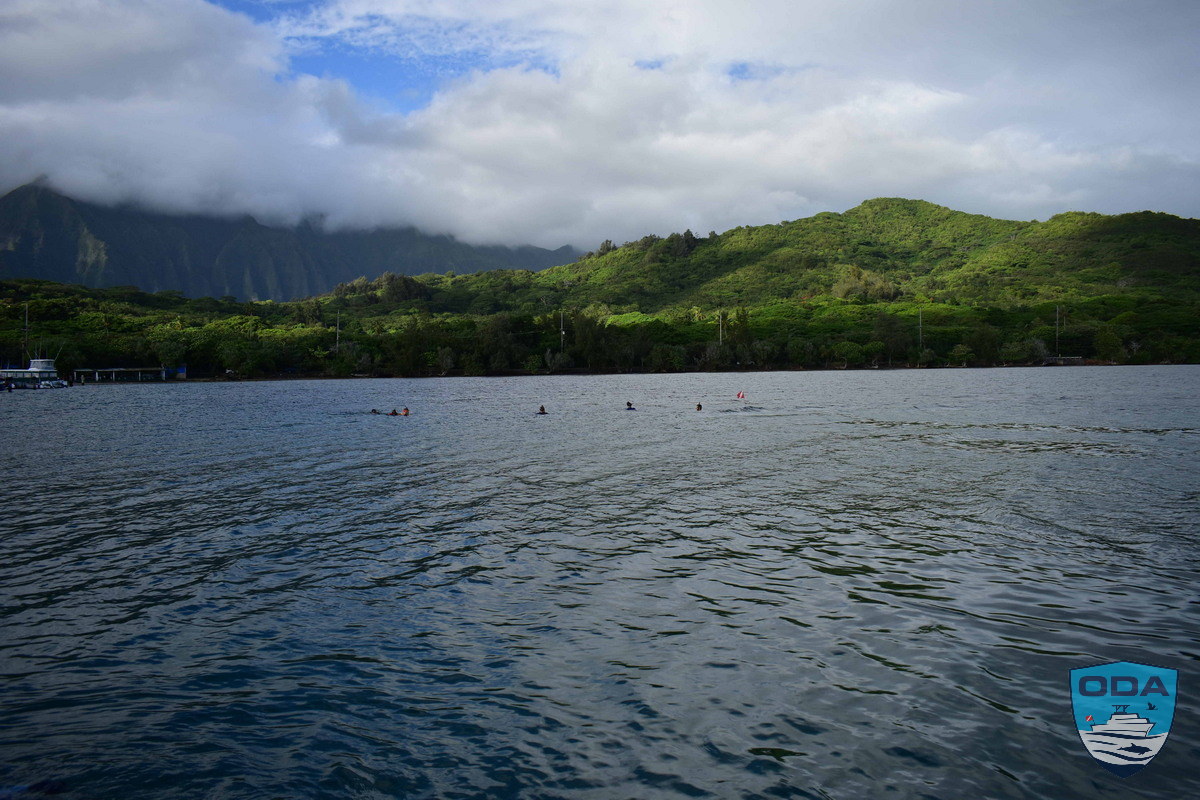 Oahu Chapter Leaders Glenn Roberts and Marjorie Zensen and I have been in talks for several months, getting all our ducks in a row for a massive effort to remove debris from the He’eia Pier area of Kaneohe Bay, which is on the far east side of Oahu.  We’ve had great successes here in the past, and each one seems to generate more debris removed as well as more volunteers.

On Sunday, November 20th, 63 volunteers showed up at 7am to learn about all aspects of ODA and how the day would play out. 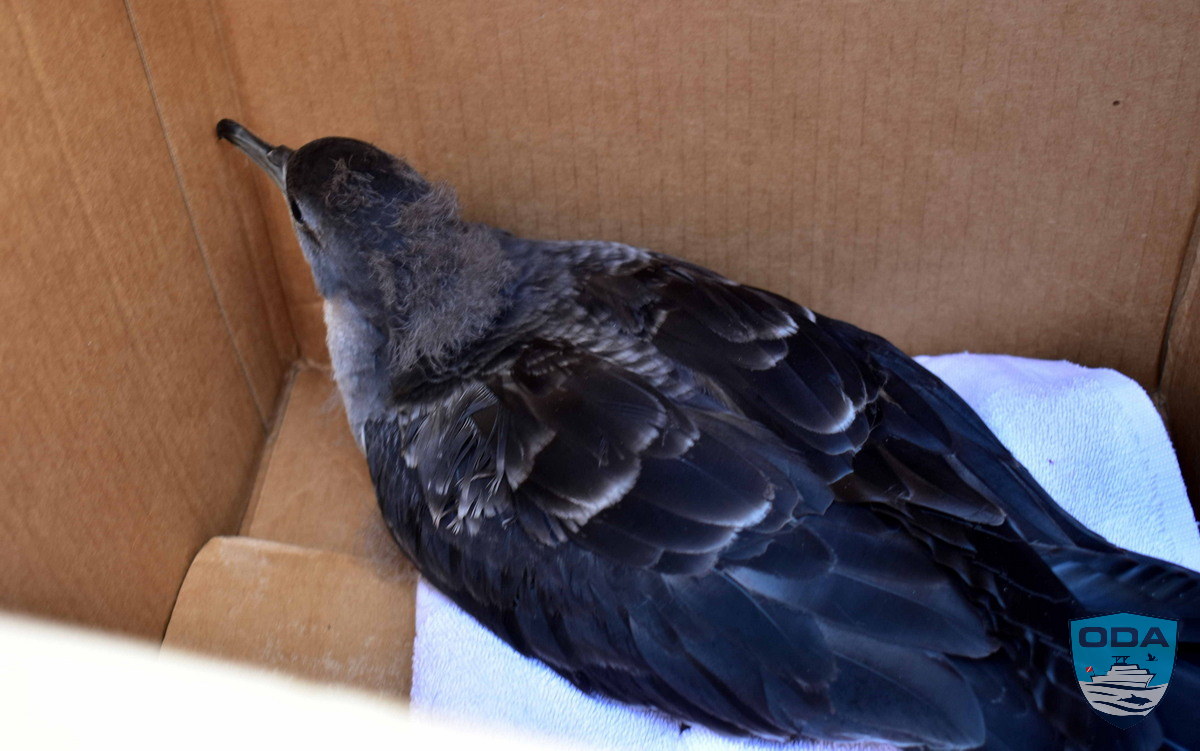 As we were awaiting the arrival of all the volunteers someone said that there was an injured bird right under a bench right next to where we were working.  I looked under the bench and saw a scared young animal.  I’ve handled many birds in my life, so I felt confident that I could get him/her out of there, put into a box, and send it off to a rescue center.  This is exactly what we did.  Great way to start the day! 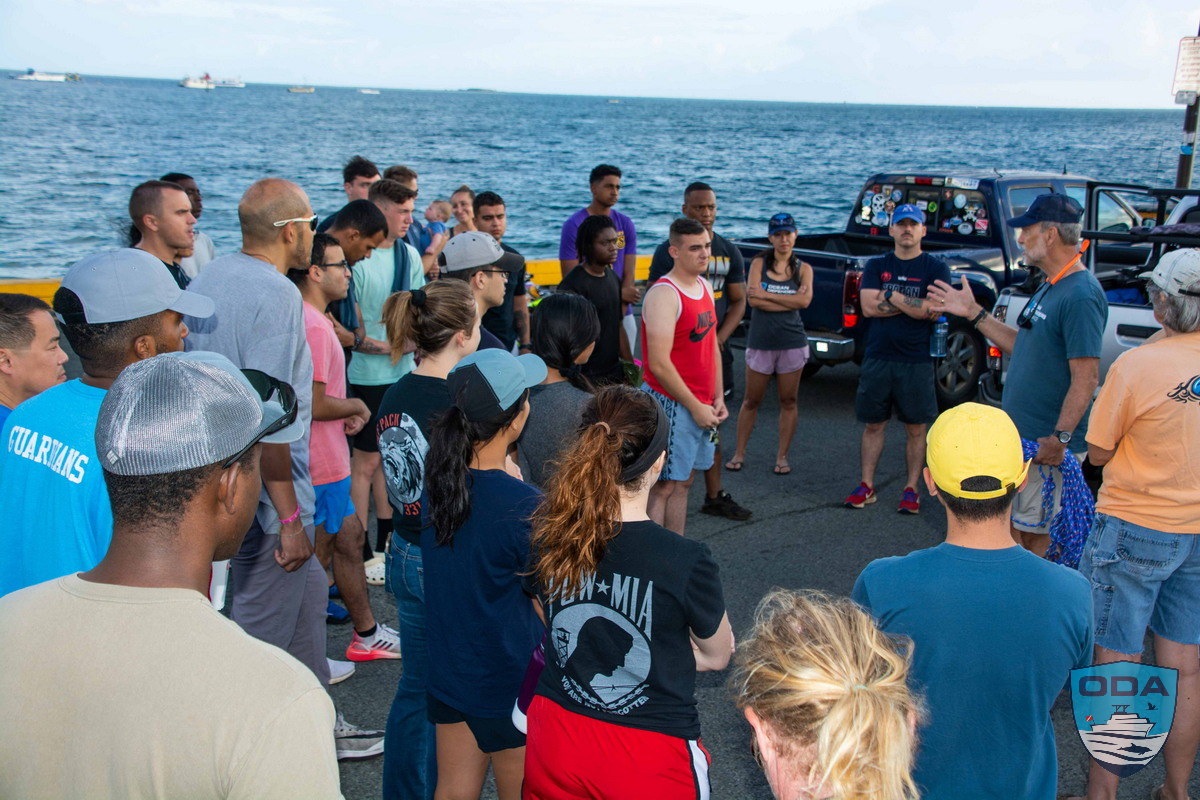 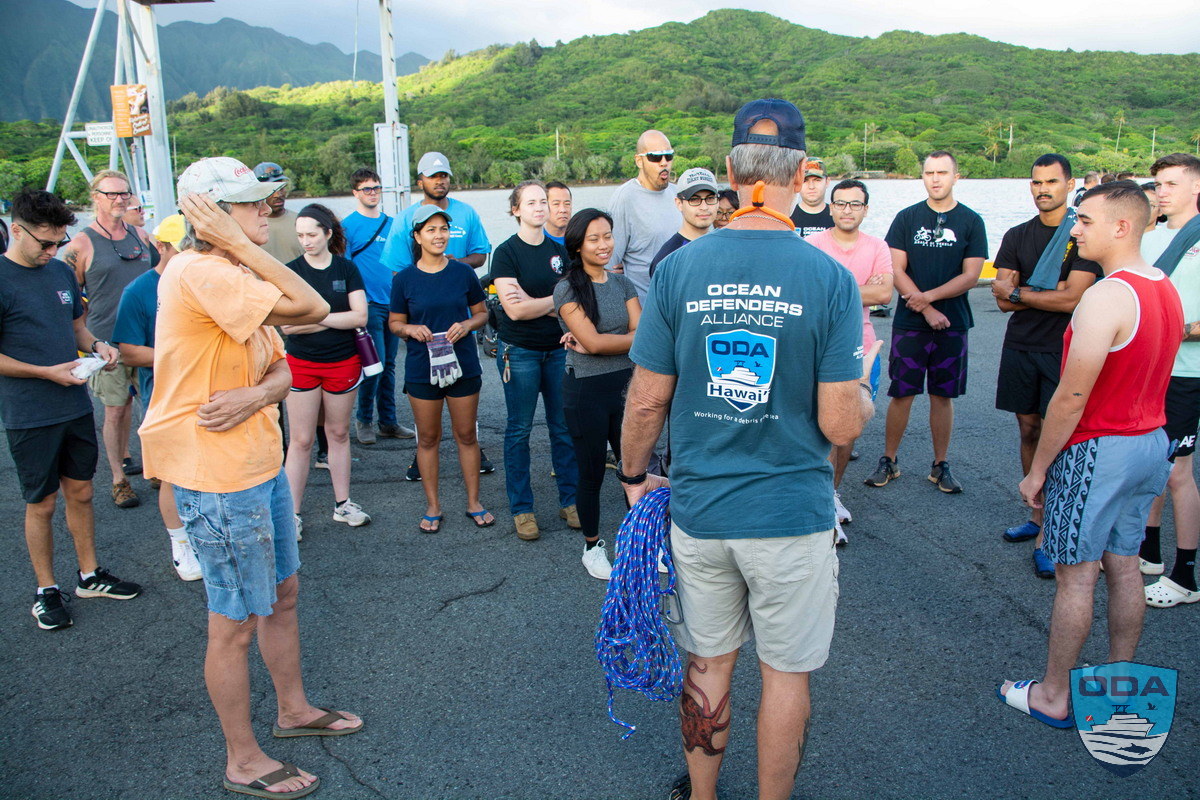 Around 7:15am we gathered everyone in a circle and proceeded to brief the entire team.

First, I gave a short talk about the history of ODA, when we started working in Hawai’i, and why it was so important to remove the debris we knew to be down there. 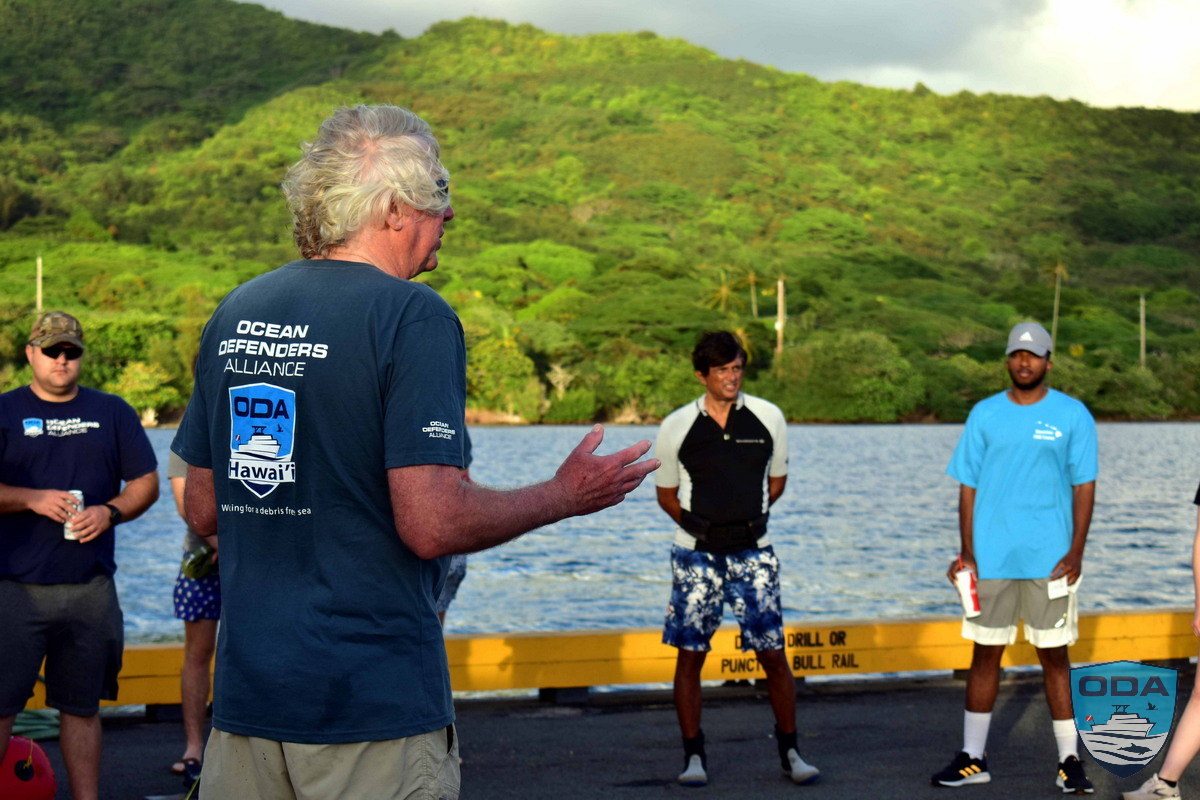 Marjorie then broke the team down into smaller groups where people heard about their specific tasks.

Mark England talked with the divers who about how best to attach our haul out lines to the items.

Ed Sisino talked with some volunteers about how to haul the large items out of the water without getting anyone injured.  He showed them how his homemade tire ramp would work, hopefully… 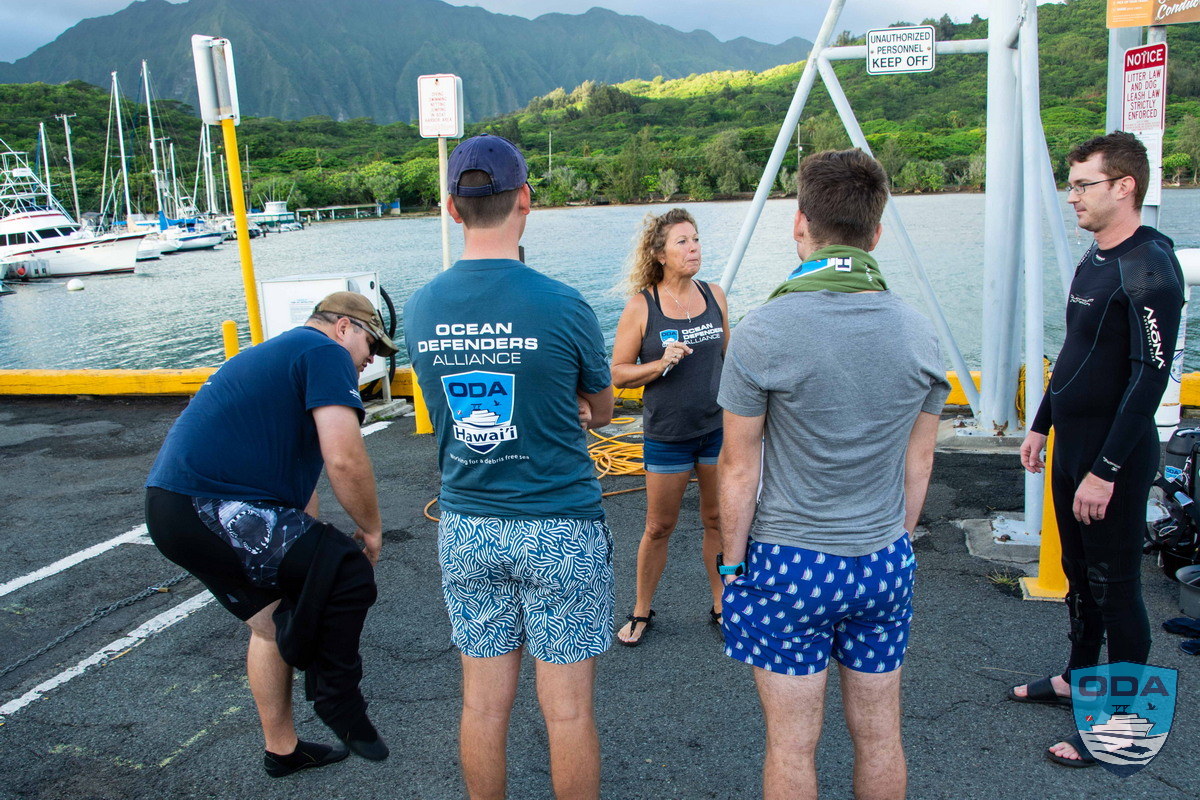 Marjorie gathered the people who agreed to jump in the water but not on scuba.  They would just use their snorkeling skills to keep an eye out for any boats that might get too close to the divers.  They also would swim down to the divers if they needed anything handed to them such as debris-cutting knives, lift bags, or haul-out lines. 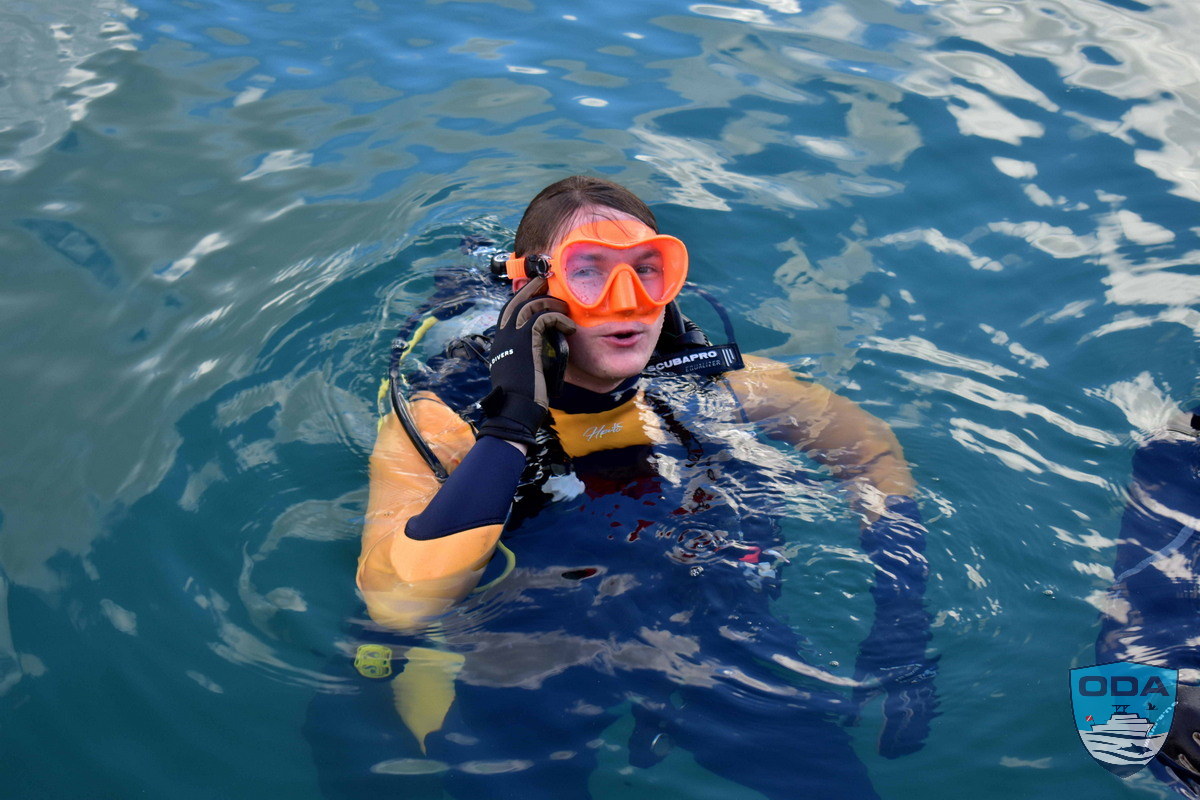 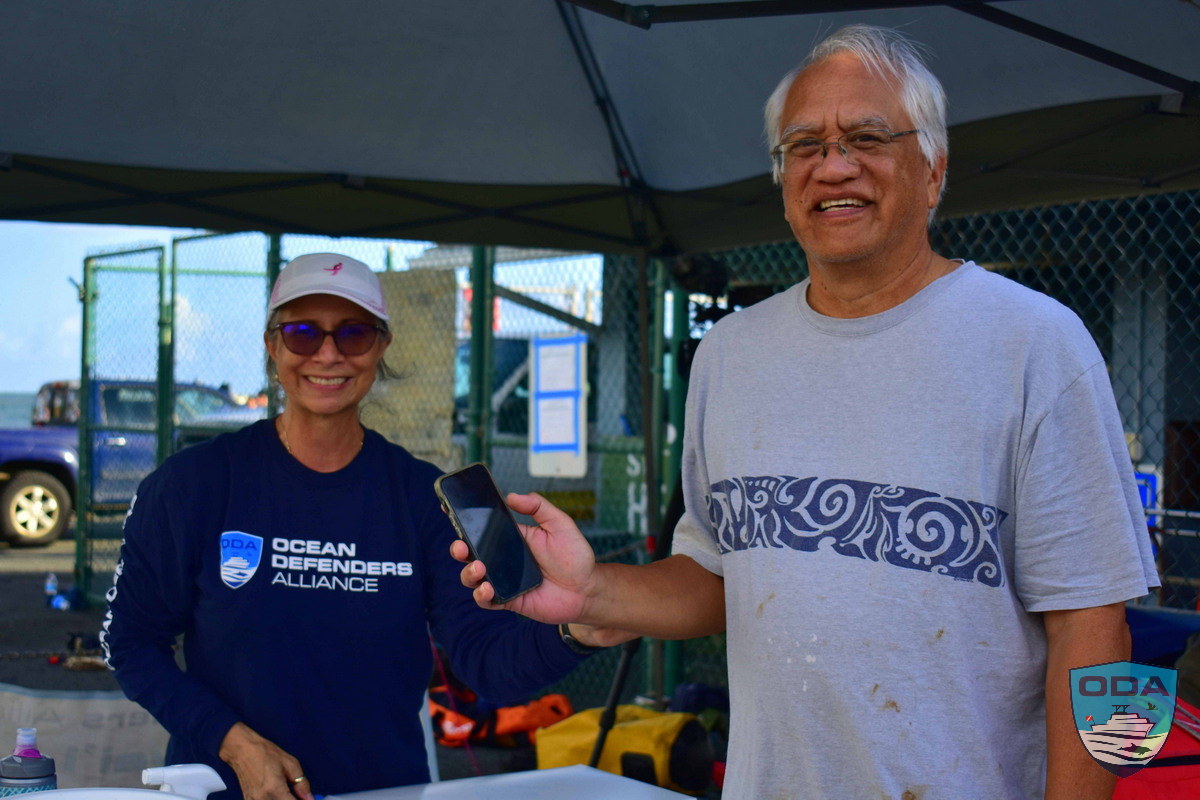 Around 8 o’clock the first divers started jumping in.  Within minutes I could see one of the snorkelers talking on a phone.  What? A phone call while in the water?  Turns out Seth saw it on the bottom of the harbor and when he pressed a button the phone came to life.  He quickly called the owner and told him what he had found…  a short time later the guy showed up at the pier to claim his old phone.  Just amazing that it still worked!

Ten minutes later we had almost 25 divers in the water and the first of many tires was being hauled out. 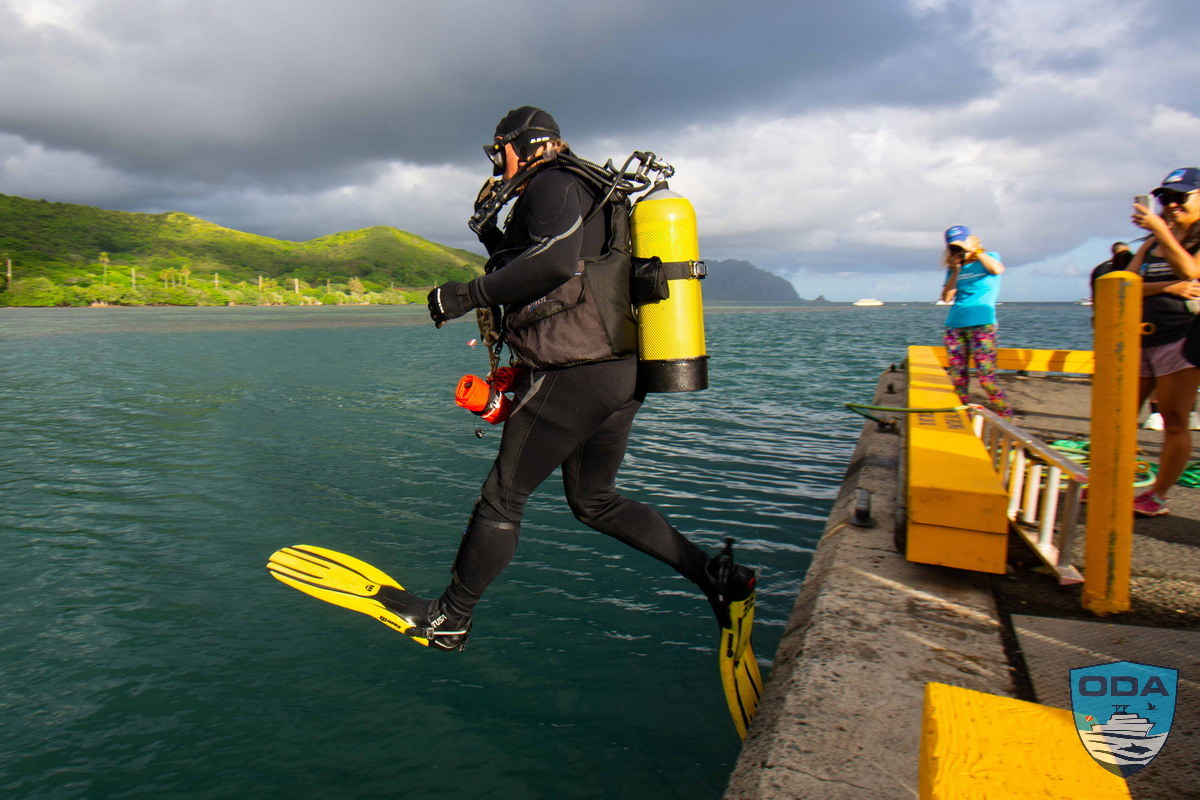 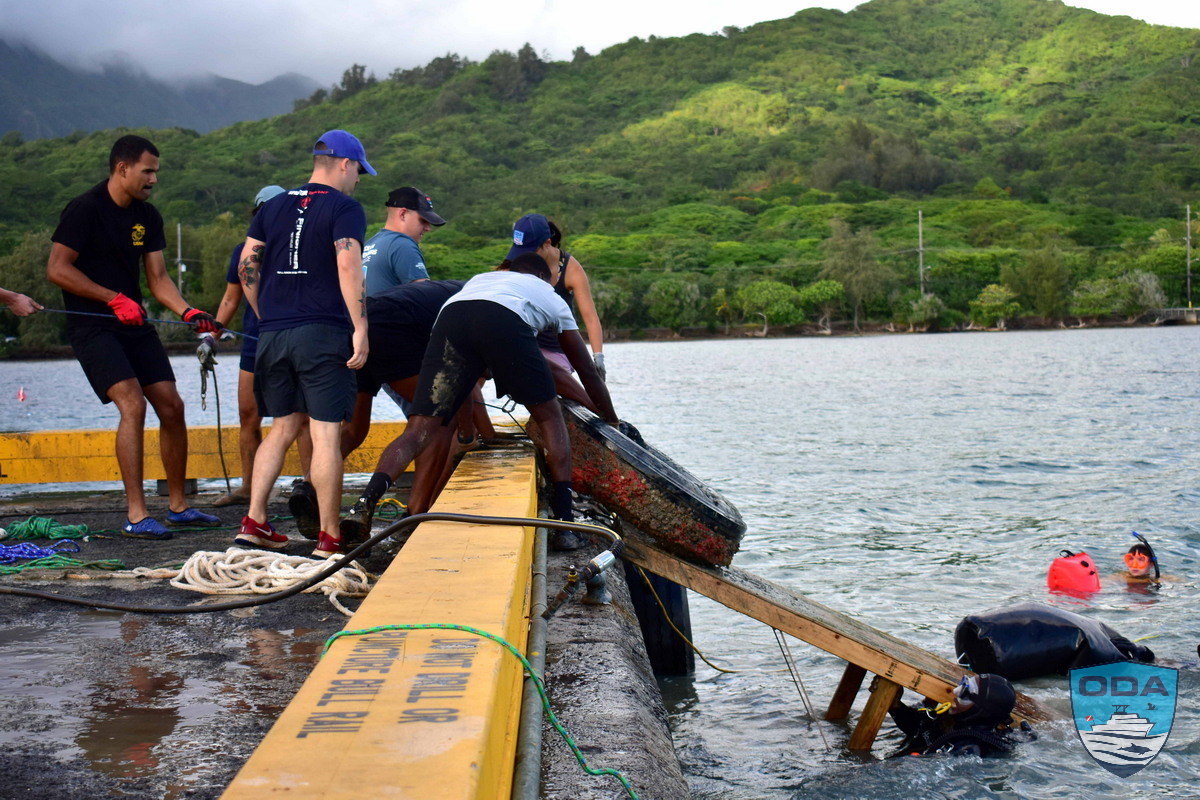 When I saw all the volunteers who were standing around on the dock I thought for once we had too many volunteers.  It soon became clear that I was wrong!  For the next three hours it was non-stop activity. 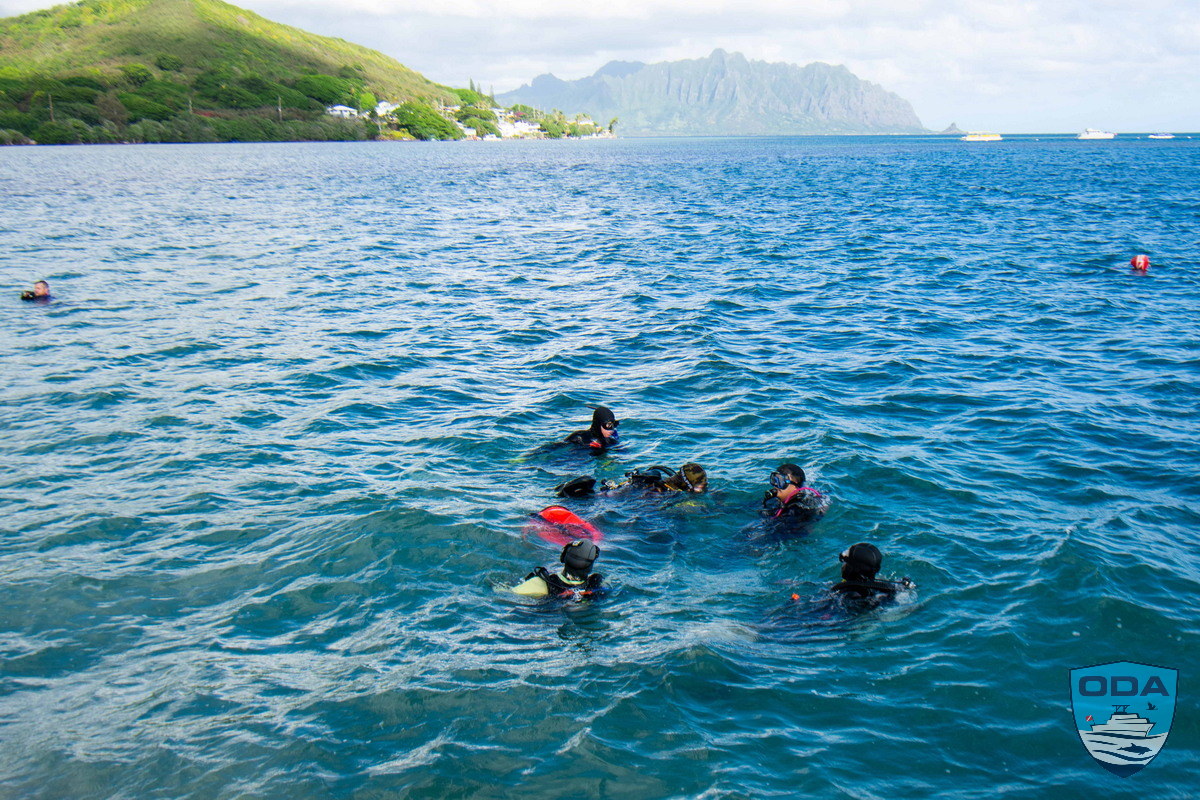 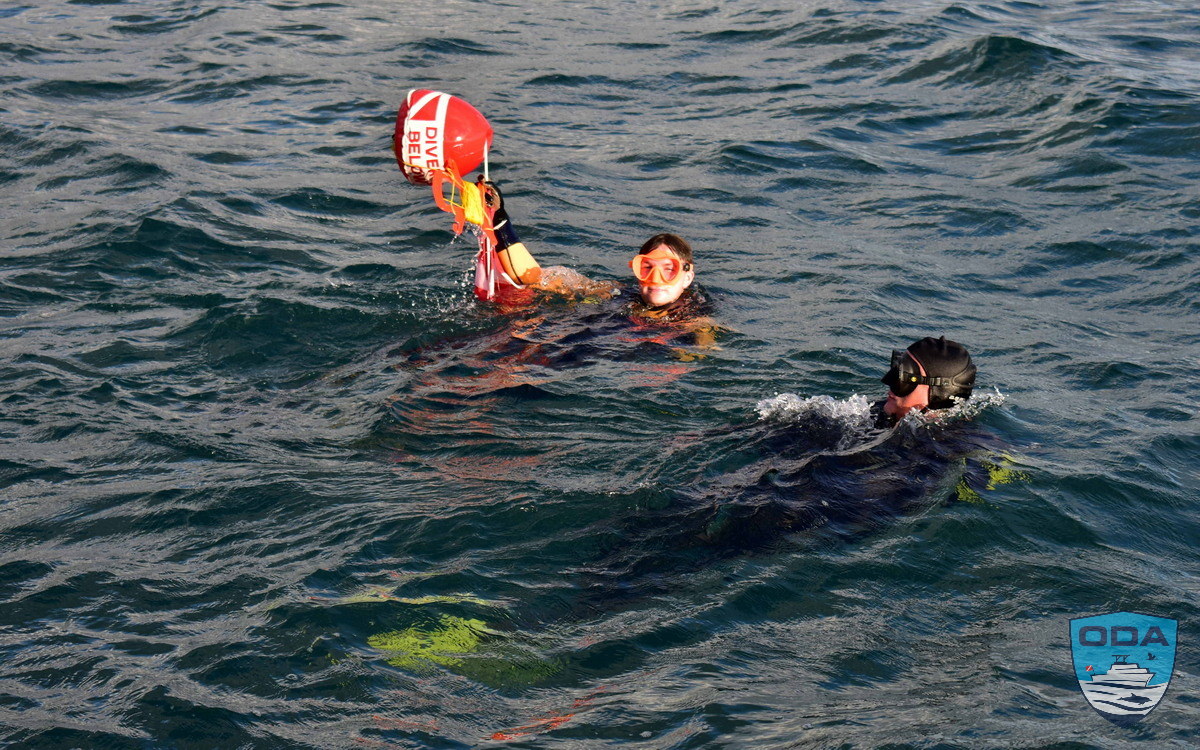 The first tires to come up were car tires.  Even though they were filled with mud, three to four people could haul them out of the water and onto the deck.  But then the truck tires started showing up.  When you include all the mud inside them, they weighed over 100 pounds each.  These took more people to lift them out, four to ten depending on the weight!

Ed’s tire ramp was coming in really handy with these large tires, and it was working perfectly.  Until…. 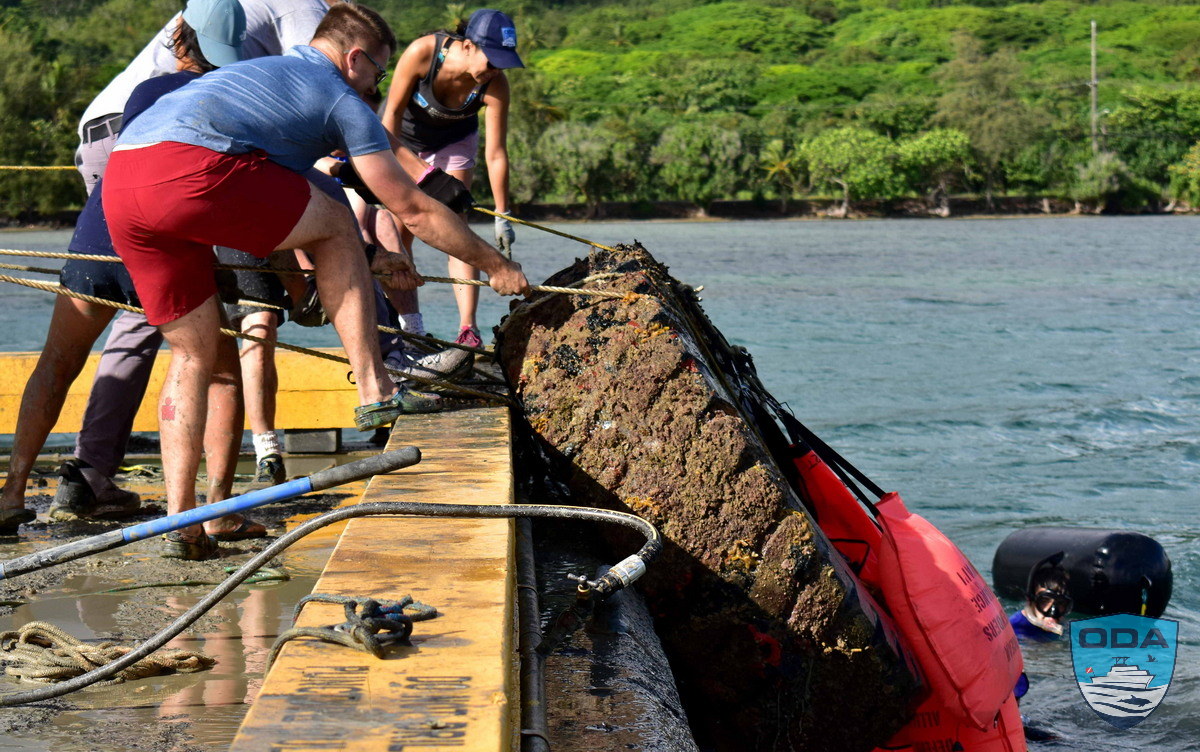 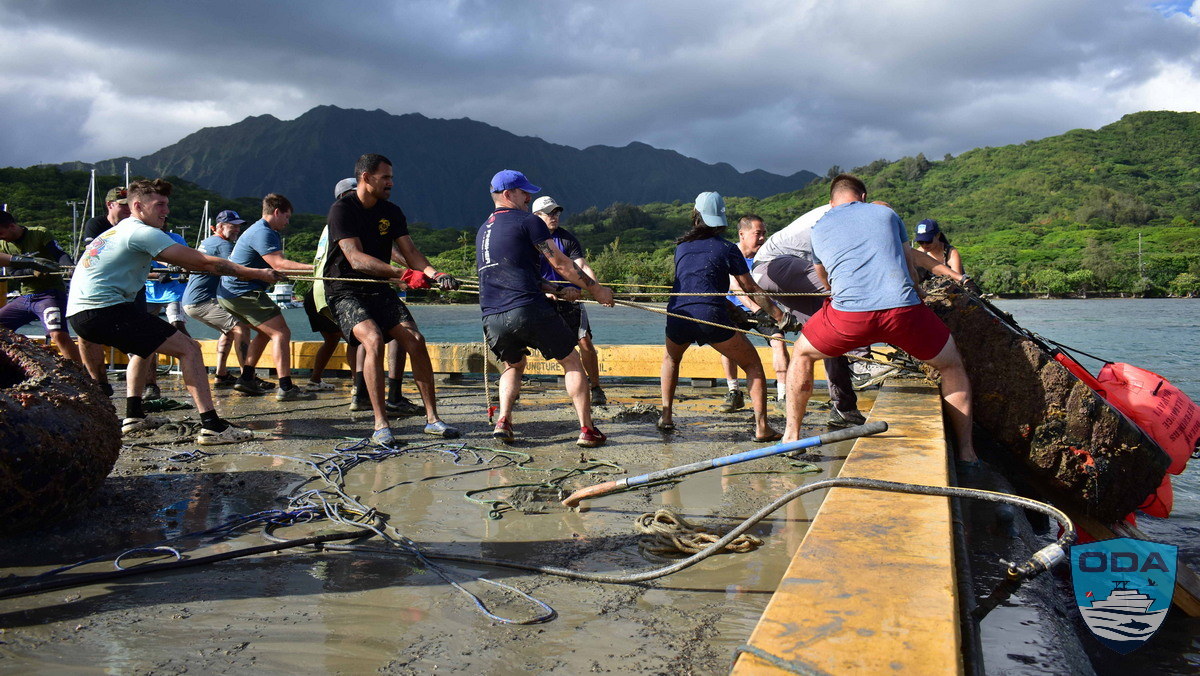 We saw that Bart Jingst and his team from the Sea Lancers dive club had a really big tire at the foot of Ed’s ramp.  This was one of the bigger tires that we’ve ever seen at this site, and it wasn’t going to come out easily.  This beast had to weigh 300 pounds, loaded with water and mud.

Even with 10 people pulling on it, we just couldn’t get the tire over the edge of the dock.  Then somebody had the idea of getting a shovel underneath the tire once it was at the top of the dock.  That gave us just the clearance that allowed the team to haul it onto the deck.  Phew!

About 10 minutes later the test of the day arrived.  It was a tire the likes of which we’d never seen before.  We’ll call it the Monster Tire… 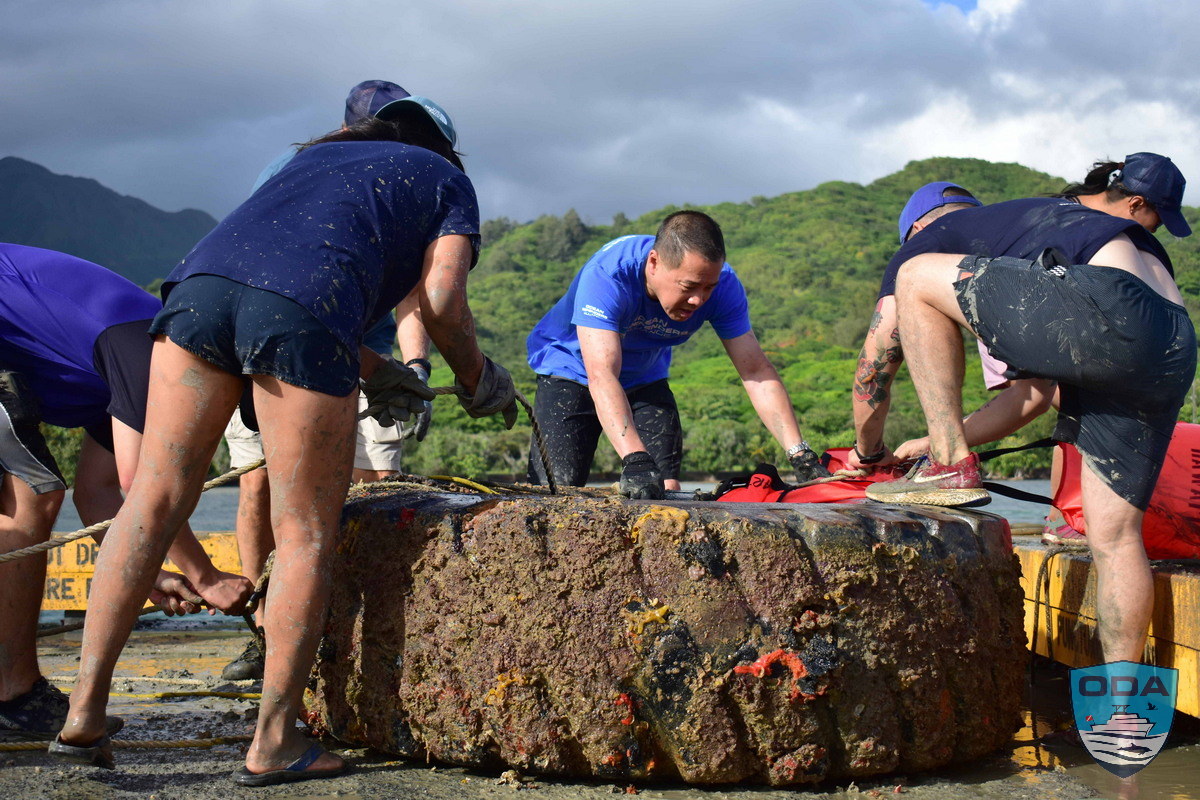 Some of the divers were commercial divers and were used to attaching big lift bags to items to get them off the bottom and raised to the surface.  Boy, did those skills and lift bags come in handy.

Once they had moved the tire over to the ramp, they attached two haul-out lines to it, and we had at least 14 people trying to pull it out.  After half a dozen tries, we just couldn't get it over the edge of the dock. 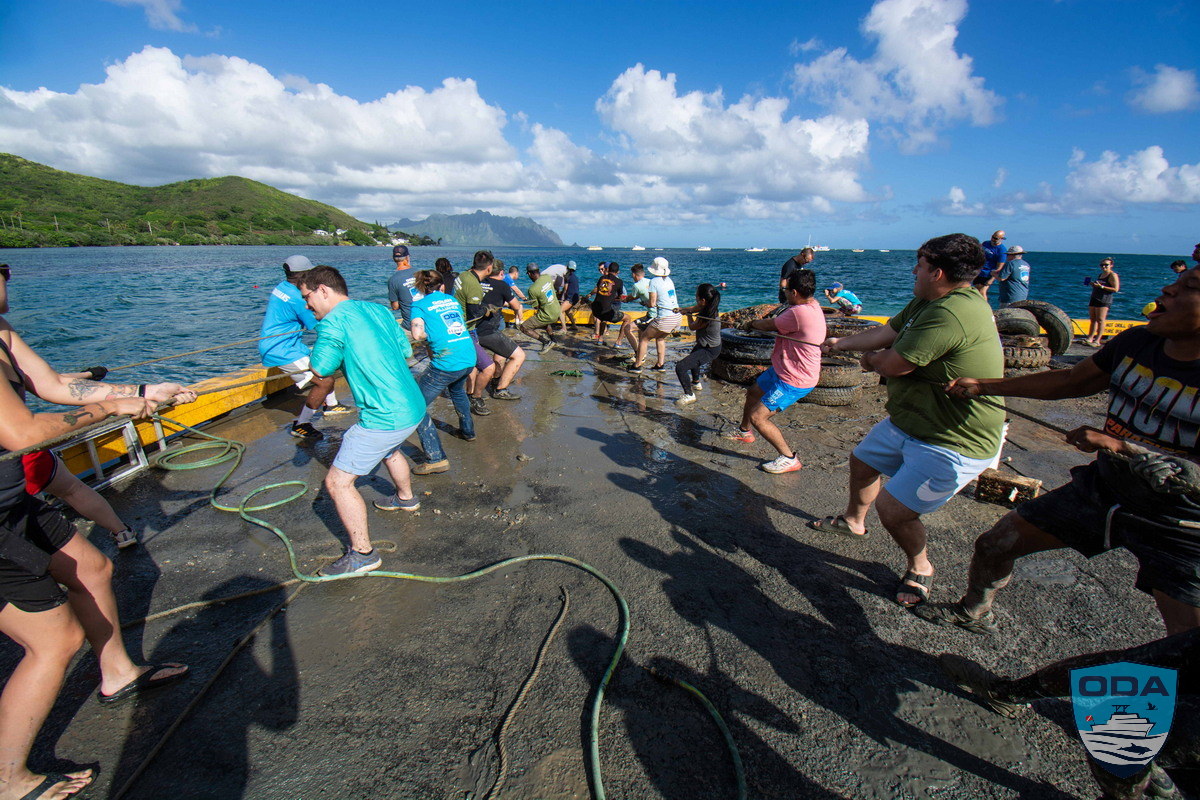 So, we added a third haul out line to it, and had six more people tugging on it.  We were finally able to get it onto the dock, where it landed with a resounding thud… 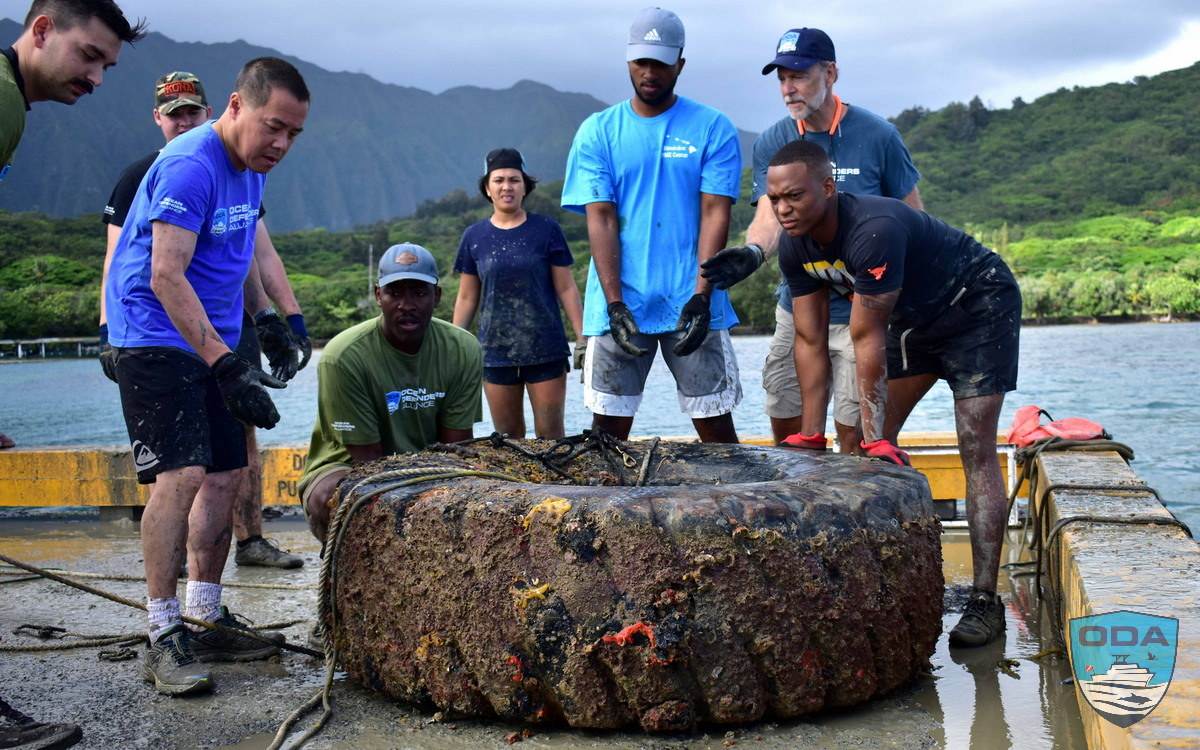 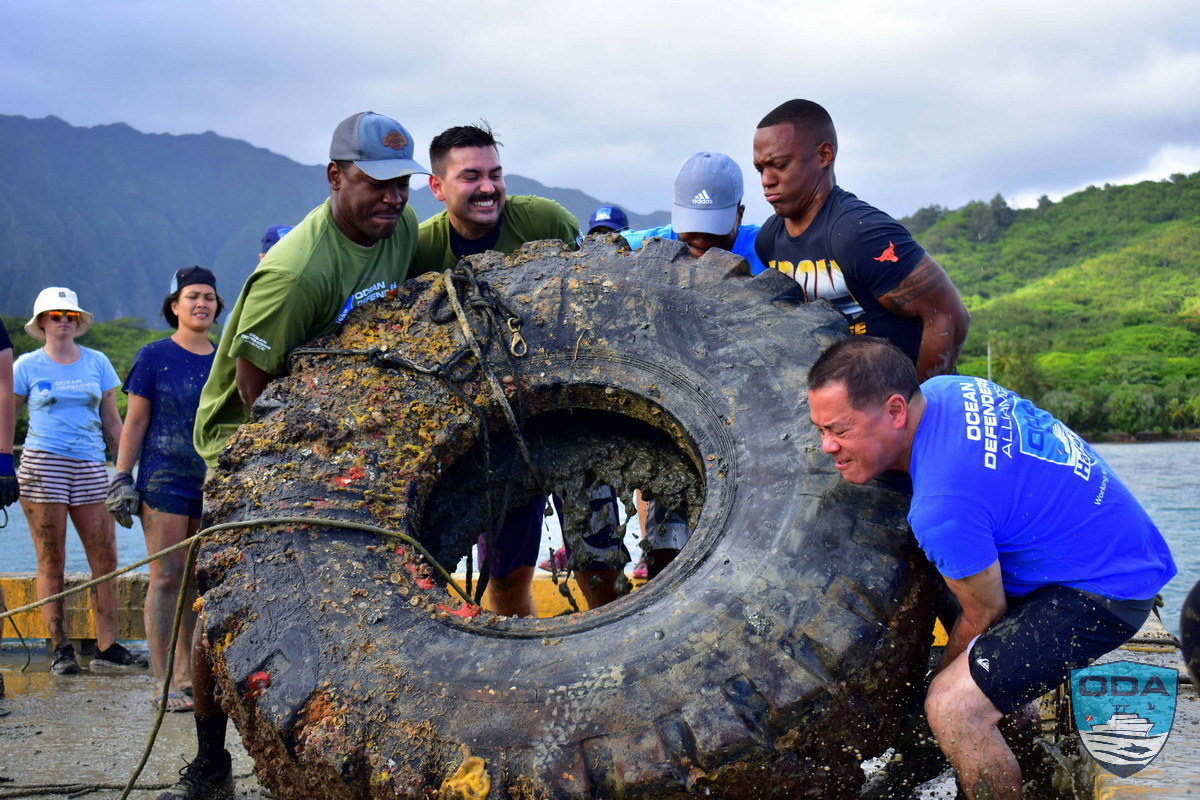 After a few minutes of figuring out how to move the Monster, several of the guys huddled together and tried to get it vertical so they could “wheel” it over to the stack of tires that we’d been assembling for the pictures.

After several tries, with hardly any movement, the guys managed to get the thing upright…  but there was so much momentum with all that weight (probably 500 pounds) that it flopped right back onto the deck.  Everyone just groaned.  More than a few cursed our bad luck.

But within seconds of that happening, Mustafa, one of the lifters, shouted out: “WELL, WE MOVED IT!”

Everyone cracked up, and then got right back to getting that thing upright and moved to the pile. 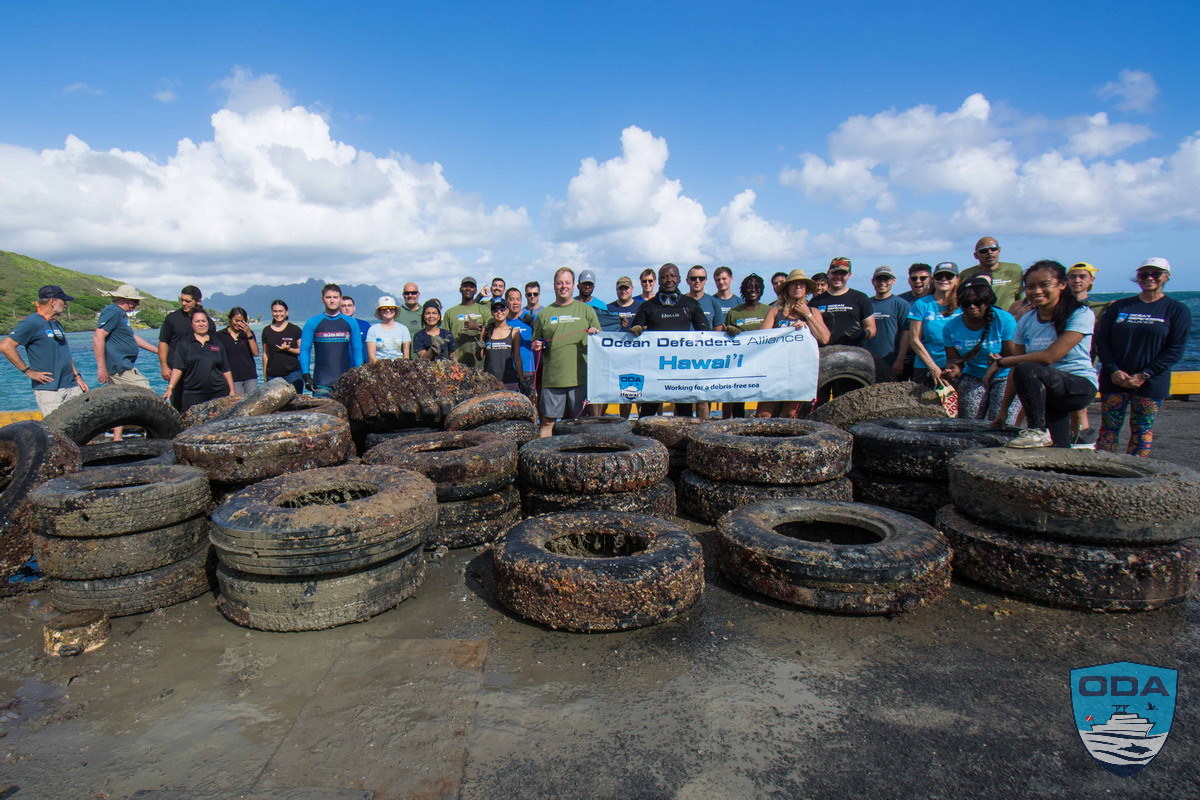 That moment encapsulated how the entire day went.  We removed 63 tires in total.  There was mud, water, and sweat everywhere.  We even released two eels that were trapped inside the muddy tires.  But not one person complained about the hard work.

Of the 63 people who showed up, I’d have to say 60% of them were from some branch of the military.  These men and women are busting their butts to do what they can to keep our country safe.  But then they went the extra mile by helping ODA keep the waters and the reefs of Hawaii safe.  Talk about going above and beyond the call of duty!

Here are some of the branches they came from: 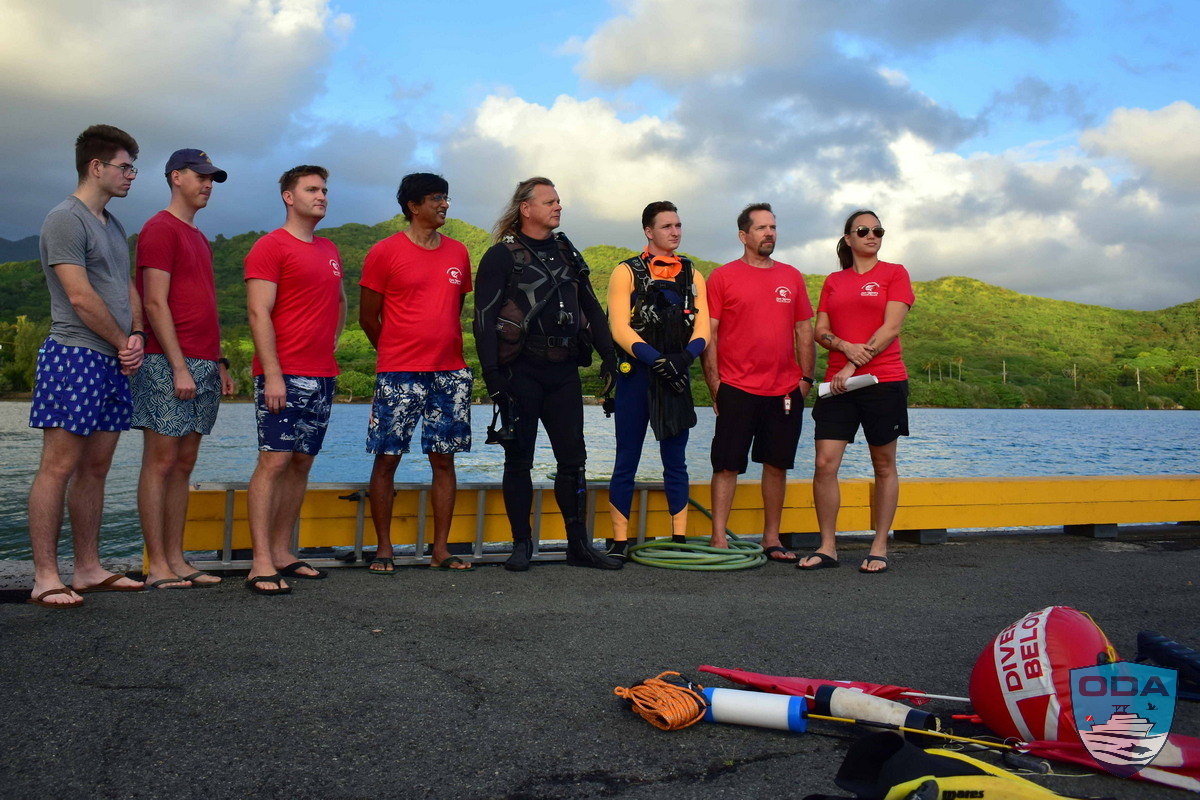 Many People to Thank

By 10 o’clock a couple of trucks arrived to haul the goods away.  This time we had people from Kanai’s Rolloff volunteer to haul all the tires over to H-Power to dispose of them at their facility.  Thanks, Kana’i Picanco for offering up your services at no cost to ODA.  You and your crew were awesome and did all that lifting while smiling! 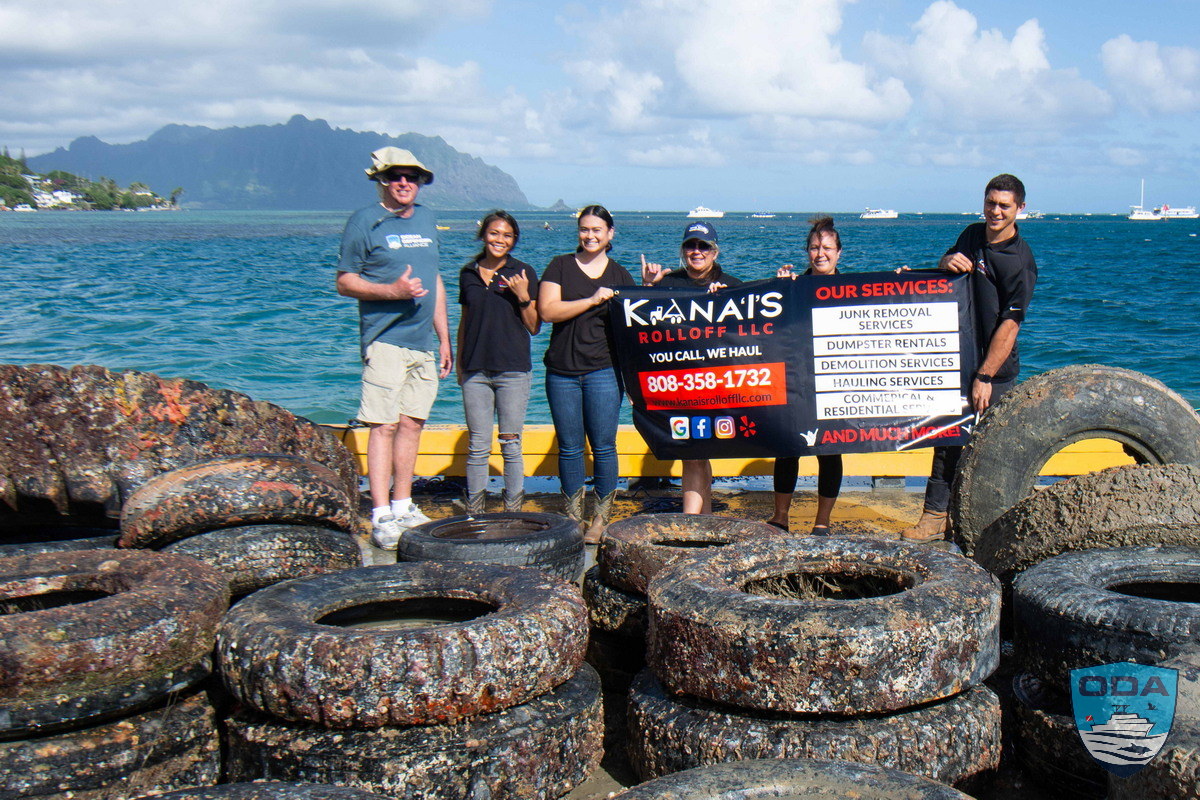 Thanks also to ODA volunteer Alison Keith for contacting Ahmad at H-Power and making the arrangements for us to drop off all the tires at their facility at no cost to us.  H-Power puts those tires in high heat furnaces which turns the energy created by the heat and turns it into electricity.  Pretty cool!

Special thanks to long-time ODA volunteers Anke Roberts and Ray Hollowell for helping me get all these great pictures!  Gratitude to Ray Goode who took the underwater pictures.

Tanya Borabora is the Harbor Master of this area, and she made sure we had all we needed to keep the volunteers safe.  She also posted up some signs we (ODA) had created to make boaters aware of the turtles that are getting cut up by the propellors from speeding boats.  SLOW DOWN FOR TURTLES, indeed! 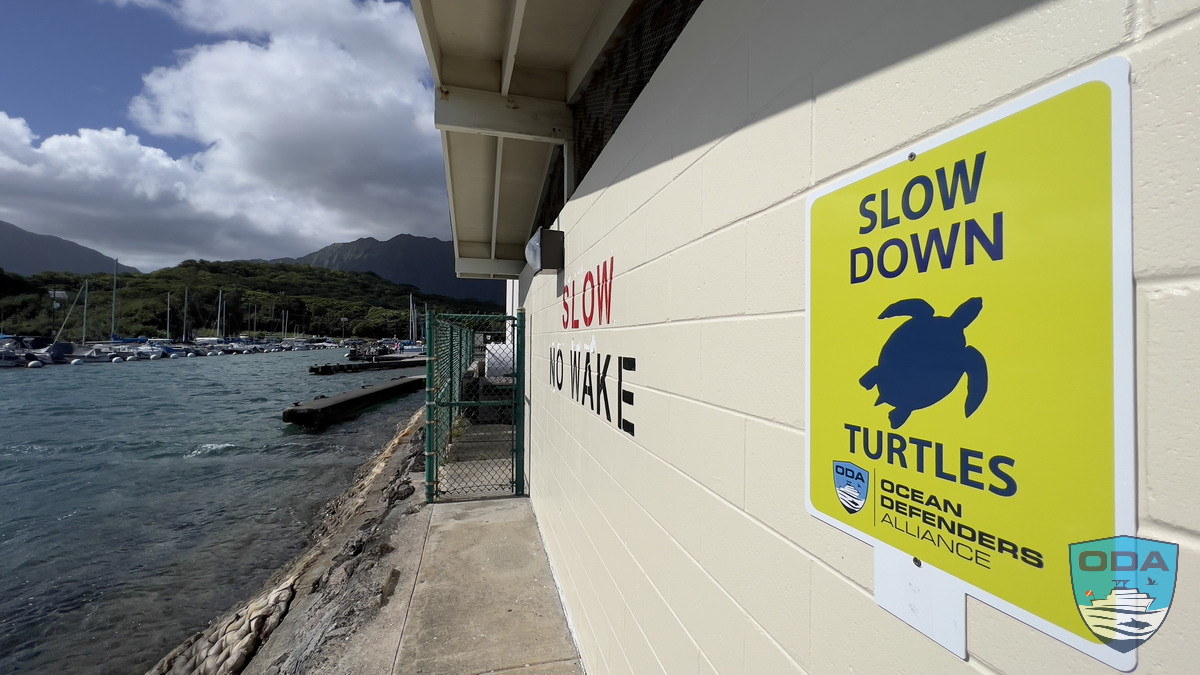 Records Set in Numbers and Pounds

It was one heckuva fun day.  Saw a lot of familiar faces, but also a lot of new ones.  They all stayed for the entire four hours that it took us to remove those 63 tires, load the tires into the trucks and then clean up the docks.

It was a mess, but the underwater habitat is now a little cleaner.  The total weight of all the debris was 7,914 pounds (just under FOUR TONS), with roughly 2,000 feet of fishing lines as well.  That is almost four tons!!

There is still more to do here, and we’ll be back in February to pick up where we left off.

Mahalo Nui to everyone! 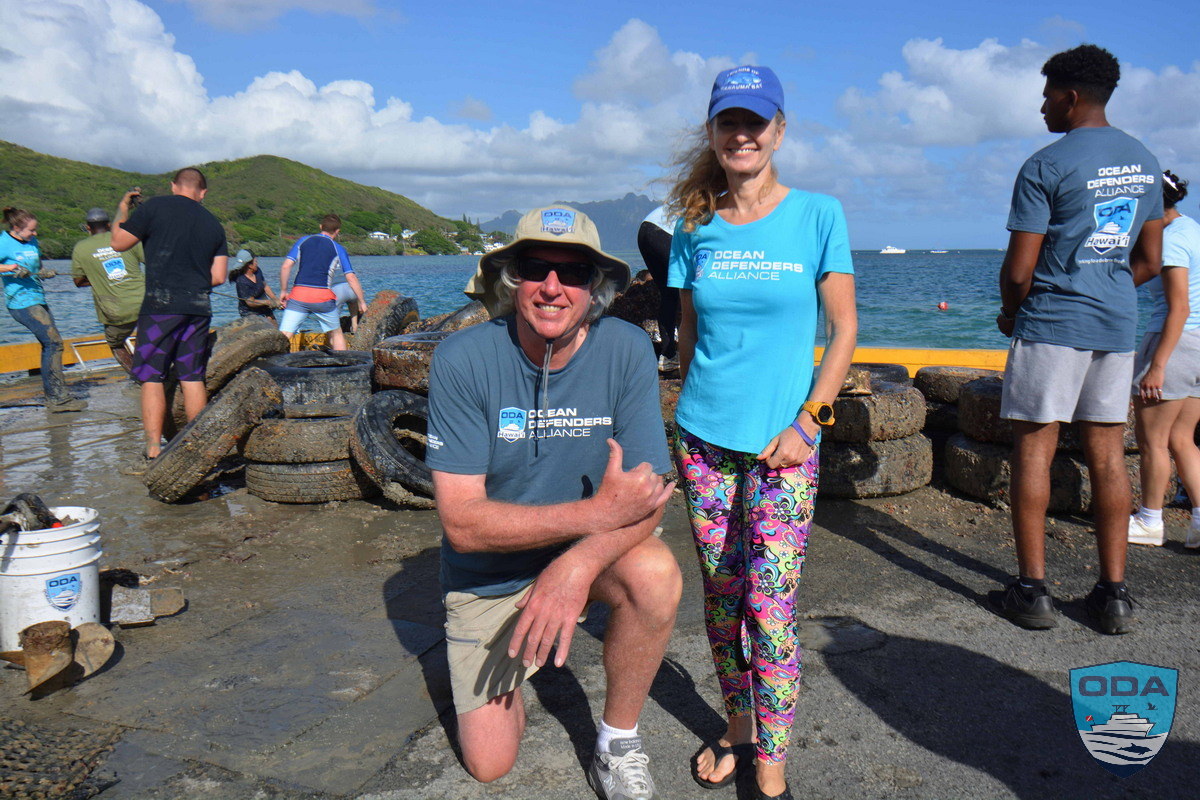