After the Fourth of July celebrations, a few intrepid ODA divers decided to head out in a small boat to the site we’ve been cleaning up for years: China Walls. 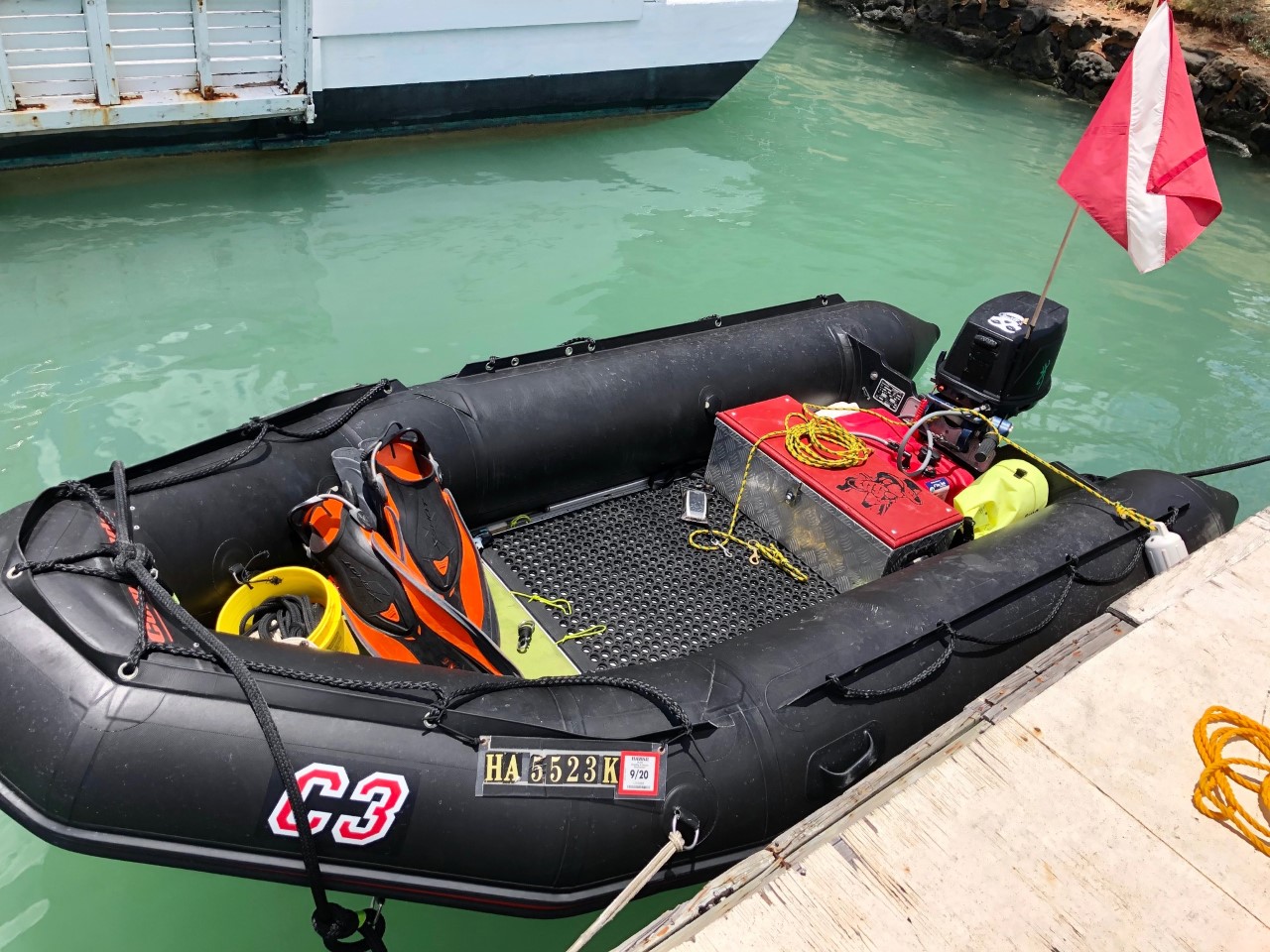 This site is roughly two miles outside of Hawaiikae Harbor on the south west side of Oahu.  ODA volunteers Ken Staples, Glenn Roberts, and Ed Sisino jumped in their small boat and headed out in not-too-friendly seas.  On the ride out, they all got soaked due to a small but steady wave chop.

The team wanted to check-out the area because ODA hasn’t been able to go there since March due to the Covid virus.  Our usual partnership with Island Divers Hawaii is still intact, but because of the social-distancing mandate, we haven’t been able to put a boatload of divers out there.

Unfortunately, that doesn’t mean that the fishermen haven’t been out there. They continue to cast their lines from the rocky cliffs that abut the site and cut their fishing lines when the hooks get caught on something under the surface. 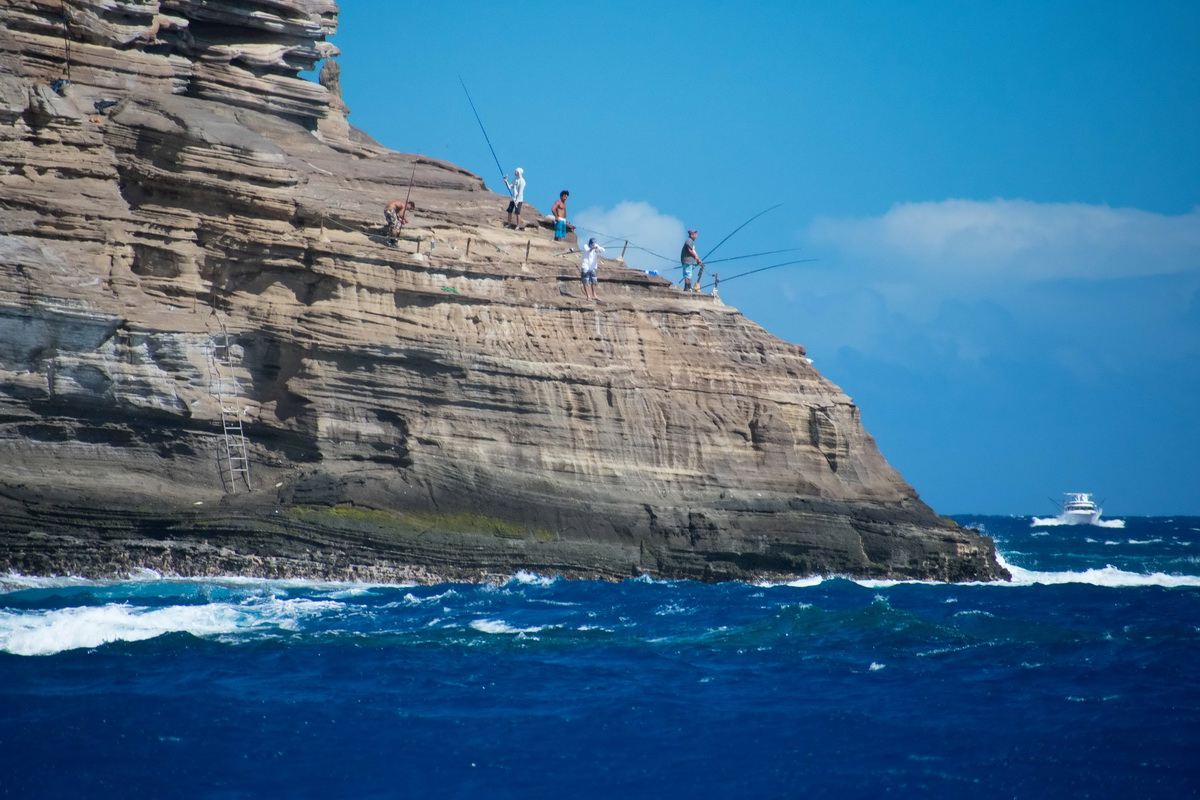 When the Ocean Defenders got to the site, the waves were smashing into the rock walls, jetting out plumes of water 20-feet high.

Ken and Glenn decided to give it a go, assuming the conditions would be much calmer once they got underwater.  Ha!

They got down to about 50 feet and could see a huge amount of discarded fishing lines all over the place.

They didn’t take the buckets that we normally used to store all the lead fishing weights that are scattered all over the reefs and sand, because the small boat wouldn’t hold all the dive gear with three people on top of it all.

They quickly got to work collecting the lines, putting each one into their mesh bags, and then starting on the next line.  Problem was that the surge was so bad that when they found an area to work on, they couldn’t stay in place for long.  The surge was carrying them 20 feet to the left, and seconds later, 20 feet to the right.  Talk about Mr. Toad’s wild ride!

Ed was faring no better in the boat at the surface, as he was getting sloshed around.  Ken and Glenn surfaced after just 30 minutes underwater.  But they came up with a little over 1,000 feet of fishing lines and a few weights!! 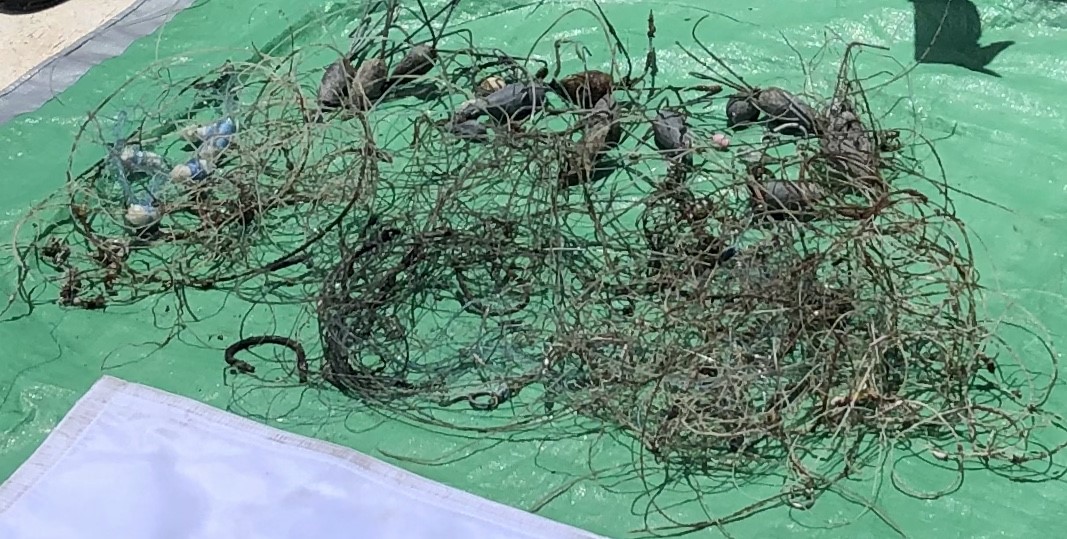 Now they have a good feel for how much more is down there.

Thanks Ken, Glenn, and Ed!  Grateful that you all got back to port safely, and that you’ve been able to keep our China Walls project going. 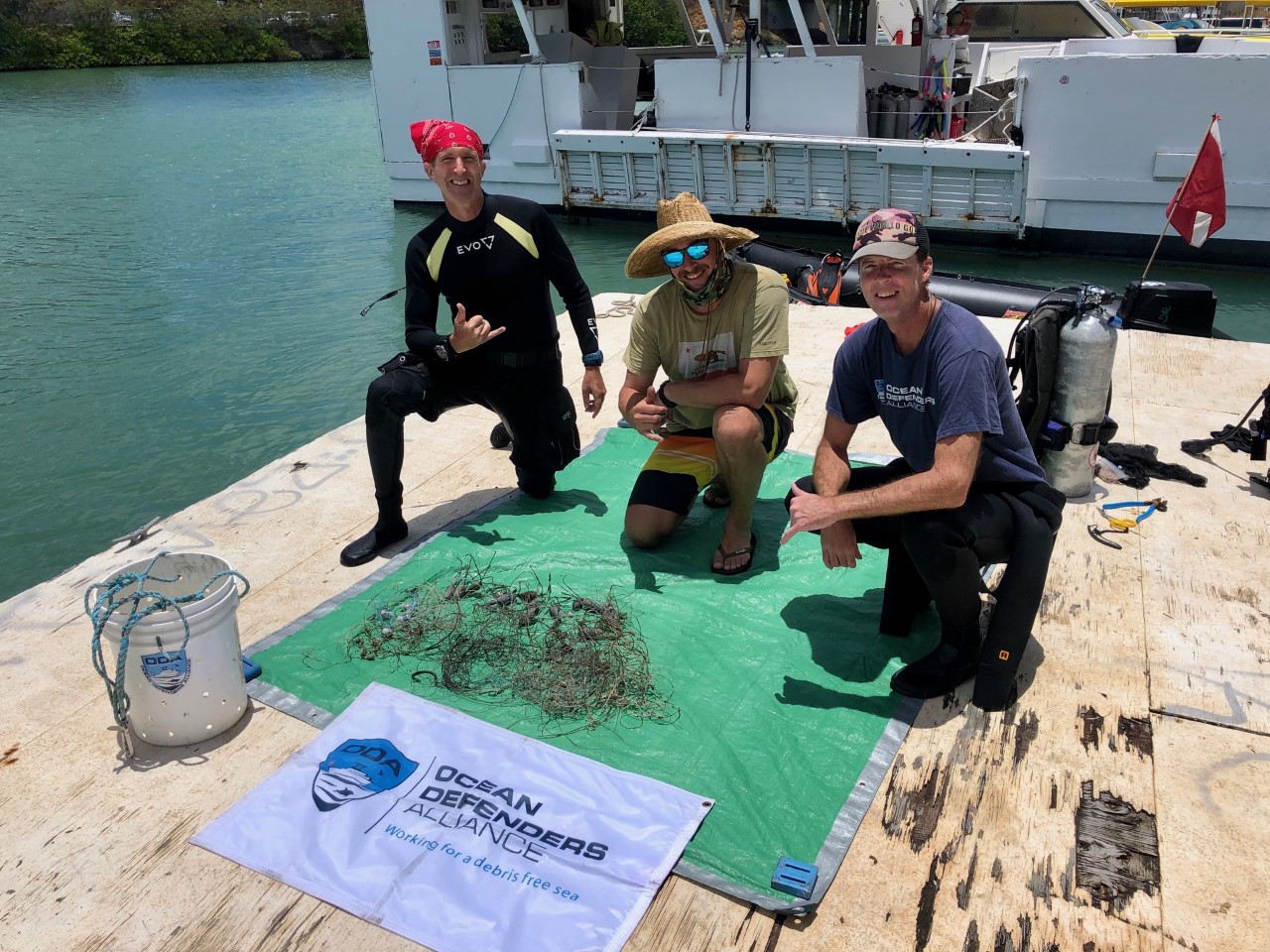 Check out our ODA-Hawai’i page to learn about the boat, the debris, and the people!