That dreaded time of year is here once more: October 1st is the start of the lobster hunting season.  I refer to it as the lobster killing season.  Each trap that is set will catch 80% of the legal-sized lobsters that are near it within the first two weeks.

I decided to direct our boat Clearwater to a Marine Protected Area (MPA) not far from our home port-to patrol for poachers and document how the wildlife is faring since almost no fishing has been allowed in this area since the law was enacted on January 1, 2012.  The Point Vicente MPA lies directly off the shores of Palos Verdes, and is one of the areas ODA has "adopted." 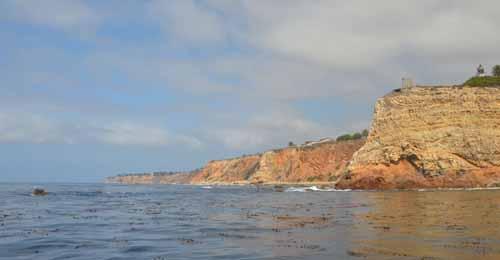 We have been through the area twice in the last two weeks.  We found an abandoned lobster trap on our first trip.  ODA has a Scientific Collecting Permit that is issued by the Department of Fish and Game (DF&G).  This permit requires us to notify them of what we intend to remove before we do it, so I filed a report and they granted my request to remove the trap.

We headed back to the site on October 14th.  When we got there, we found 3 boats in the area fishing illegally.  I immediately called the Cal-TIP hotline
(Californians Turn in Poachers and Polluters: 888 DFG-CALTIP, 888 334-2258) and gave them specifics on the boats and their location.  I had seen one of the boats in the same place on January 2nd; I recognized it immediately because we had filmed it and reported it to the DF&G.

Since the DF&G enforcement agents are spread so thin, they called the Baywatch lifeguards to confirm the validity of my report.  The lifeguard boat showed up about an hour later.  They gave the boat owners a warning and told them to leave, which they did.

We continued our dive, and removed that trap.  Al Laubenstein and Jeff Connor did the hard work, and Walter Marti and Linda Blanchard shot video and stills, respectively. 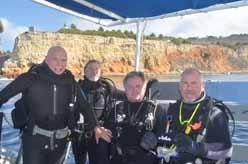 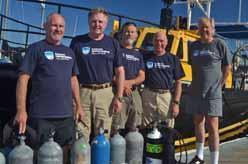 About 100 feet away from where we were, I noticed three floats in the water.  That usually signifies a trap on the other end.  After we finished our dives and were heading back home we saw one of the boats that had been chased out of the area earlier, return.  There were five guys in this boat, which was only 18-feet long.  They seemed in a great hurry, and they were: they started pulling up what ever was on the other end of those buoys.  I hurriedly called back to the DF&G and told them about it.  Ten minutes later an officer from the DF&G called me back and asked more specifics about these ocean plunderers and which direction they had come from.  When I told him, he said, "GREAT!," he was at that port and would greet them when they arrived. 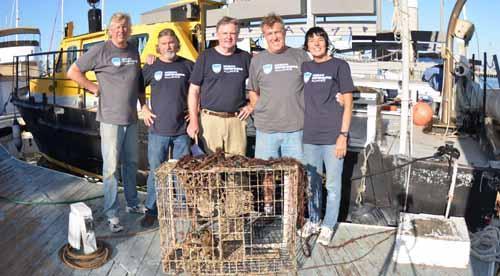 Hopefully we will never see them back there again, but thanks to our wonderful donors and volunteers, we will be back there in any case-working to defend the oceans and keep the area free of both debris and poachers.

Please consider supporting our important work by joining us as a volunteer or by making a donation-or both!